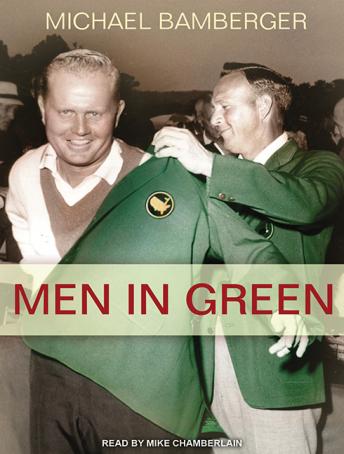 One night in a Chicago restaurant, Michael Bamberger draws up a list of golf heroes. Nine are living legends, like Arnold and Jack. Nine are secret legends, like Dolphus 'Golf Ball' Hull, a windblown tour caddie from Jackson, Mississippi. What they all share is a game that courses through their collective veins like a drug.

Accompanied by a sidekick and friend, a former tour player who is a secret legend himself, Bamberger seeks to locate and get to know these luminaries. All the while, he is hopeful that they will answer a certain difficult question: When and where were you happiest?

In their travels, these detectives from the Golf Division uncover life and death, sickness and health, unusual marriages and unlikely friendships, trophies lost and won, comic tales from lives lived on the road, lost loves and second chances, and a cheating scandal that reveals volumes about an icon in their midst. They take us from Arnold Palmer's private warehouse in Latrobe, Pennsylvania, to the twelfth green at Augusta National. Men in Green time-travels to forgotten places in a lost world.