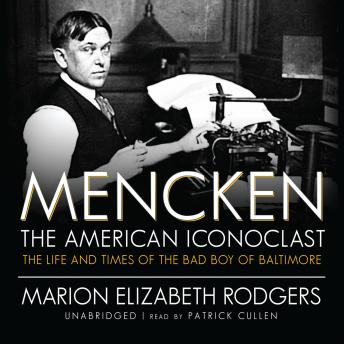 Mencken: The American Iconoclast: The Life and Times of the Bad Boy of Baltimore

A towering figure on the American cultural landscape, H. L. Mencken stands out as one of our most influential stylists and fearless iconoclasts—he was the twentieth century’s greatest newspaper journalist, a famous wit, and a constant figure of controversy. He fought for civil liberties and free speech when few others would, yet he held paradoxical views of minorities and was conflicted as a German-American during the two world wars. Marion Rodgers frames the public and the private man in a vivid recreation of his era, from the roaring twenties to the depressed thirties and on through World War II. Covered in the book are the many love affairs that made him known as “The German Valentino,” his happy marriage at age fifty, and his pivotal role in introducing James Joyce, F. Scott Fitzgerald, and Langston Hughes to the American literary scene.

This title is due for release on October 7, 2009
We'll send you an email as soon as it is available!