The Mendacity of Hope: Barack Obama and the Betrayal of American Liberalism 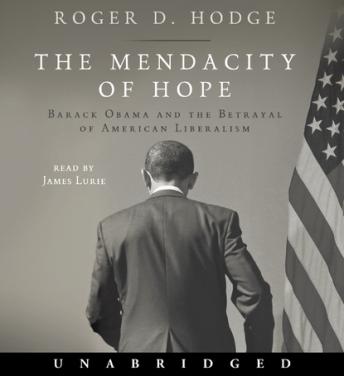 “The Mendacity of Hope should help wake up all those Obama-voters who've been napping while the wars escalate, the recession deepens, and the environment goes straight to hell.” —Barbara Ehrenreich

From the former editor-in-chief of Harper's Magazine comes a bold manifesto exposing President Obama's failure to enact progressive reform at home and abroad. National Magazine Award finalist Roger Hodge makes a hard-hitting case against Obama's failure to deliver on the promises of his campaign. The first book-length critique of the Obama's presidency from a prominent member of the left, The Mendacity of Hope will strike a chord with anyone stirred by the words of Keith Olbermann, Rachel Maddow, and Frank Rich. It's the book that every frustrated progressive in America has been waiting to read.

Mendacity of Hope: Barack Obama and the Betrayal of American Liberalism