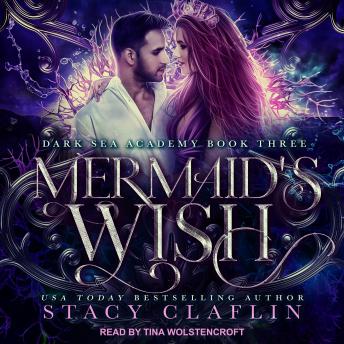 Every other princess prepares to rule her kingdom after her father's death. Me? I have to get ready to rule all underwater kingdoms-after killing my father.

I already fulfilled the prophecy once. Kind of. I have no interest in killing again.

But no one asked what I want.

It's this stupid Queen Sirena prophecy. My father-my real, biological father-is obsessed. And he's the king, so he gets what he wants. Namely me, embracing a destiny I fear.

As I come to terms with my new reality, I find myself alone, cut off from my best friend and boyfriend and unable to convince my parents this is all a terrible idea.

My father, the king, wants me to kill him. He's set plans in motion to make it happen.

I'm too weak to refuse. And hopefully too strong to succeed.