The Merry Wives of Maggody 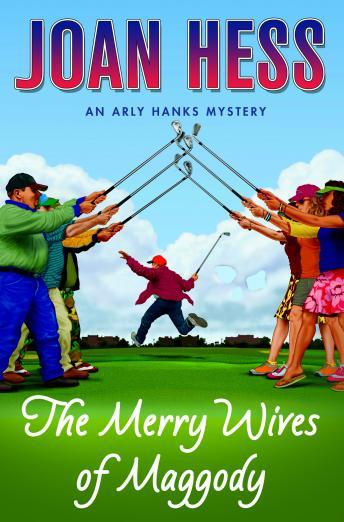 Maggody, Arkansas (pop. 755) is regarded by most as a two-bit hick town, filled with one-bit hicks. But Mrs. Jim Bob Buchanon seeks to change that with her latest scheme-a charity golf tournament! This presents a bit of a challenge, since no one in Maggody plays golf and there is no course. But when the prize for the first hole-in-one is announced-a top of the line bass boat-nearly everyone in town quickly develops a profound interest in the sport. Sheriff Arly Hanks, who has better things to worry about, just wishes it would all go away. When Tommy Ridner beats the odds and sinks a hole-in-one to win the boat on the first day of the tournament, it looks like it's all over. Until the next morning, when he's found dead, his head caved in by a golf club. Now, according to the rules, the prize is once again up for grabs. Arly Hanks is faced with a complicated investigation-and darned near everyone in town is a suspect.