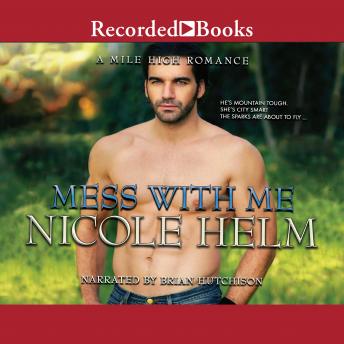 In Gracely, Colorado, it's all about the climb-into the rugged Rocky Mountains, and over the obstacles that life has thrown in your way. With the right partner, the view from the top is grand. Sam Goodall knows how to hide. And in the years since his sister's death, he's done just that, burying himself in his work at the Evans brothers' Mile High Adventures as a backpacking guide. Clients don't mind his strong, silent demeanor, and he's happy to leave the rest of the world behind when he's hiking, or holed up in the off-grid cabin he calls home. But he owes his life-what there is of it-to the Evans boys, and when they ask for a favor, he can't refuse. Hayley Winthrop is looking for something she's never had-a true sense of family, and a purpose. Finding her half brothers was the first step-discovering where she belongs in the world is the next. Could it be in the fresh air of small-town Gracely? With hunky Sam agreeing to train her as an outdoors guide, she's torn between exploring her newfound skills and getting closer to him. But chipping away at the walls around Sam could take a lifetime. Sam is stuck in the past, and Hayley is looking toward her future-they're a mismatched pair from the start. But the connection between them right now is too good to let go. '[A] deeply moving contemporary.The protagonists are refreshingly willing to be up front about their feelings and listen to each other, and readers will want to revisit their story often.' -Publishers Weekly (STARRED REVIEW) on Need You Now