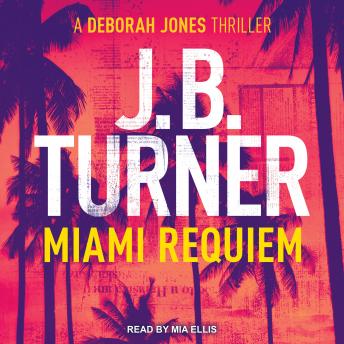 Written By: J B Turner

Since her first day on the Miami Herald, rookie reporter Deborah Jones has been agitating for a shot at one particular story. William Craig is on Death Row, convicted of killing Senator Jack O'Neill's only son. There is no question of his guilt. Craig murdered the young man who was acquitted of raping his granddaughter. There are only five weeks and one day until his execution. And Craig has not given a single interview. Deborah Jones has assembled a whole dossier on the case, including court transcripts and every newspaper clipping. She wants to know what prompted Craig to exact revenge. And she has her own, very personal reasons for wishing to uncover the truth. Managing editor of the Herald Sam Goldberg is well aware that Senator O'Neill, a vengeful man, has powerful friends, some with Mob links. The two men have crossed swords on a number of occasions. But against his better judgement, he decides to give Deborah a chance to prove herself. Only with one warning-'Be careful. Florida may be the Sunshine State to most people. But it's not. It's a swamp. Don't ever forget that.'

by J B Turner