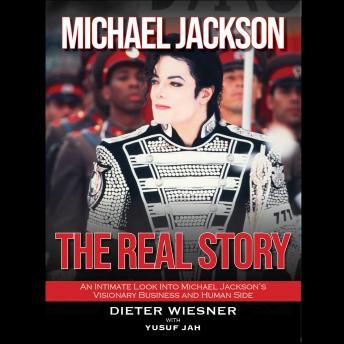 'You were with him for a long time. You need to tell the story! You need to tell the real story about my son!' Inspired by these words from Michael Jackson's mother, Katherine Jackson, former manager, confidant, and personal friend Dieter Wiesner's newly released ePub, 'Michael Jackson: The Real Story' does just that. Influenced by a sense of obligation, Mr. Wiesner shares intimate information about Michael Jackson the visionary business genius and the loving father and family man.

What sets this publication apart from the large amount of other Michael Jackson narratives available are the primary source documents which include transcripts of over fifteen voicemail messages readers will have access to for the first time.

The book's author, Dieter Wiesner was inseparable from Michael during the 80-concert, five continent HIStory world tour. After the tour, Dieter lived with Michael and his children for several years at the legendary Neverland Ranch.

Readers will get to know Michael Jackson the human being in a much deeper way — the Michael that few got to know and appreciate.

This title is due for release on April 12, 2020
We'll send you an email as soon as it is available!