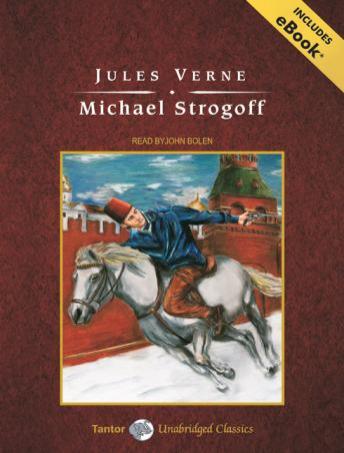 A courier of the Czar must be dispatched to warn the Governor-General of Sibera at once: Ivan Ogareff has allied himself with the fierce and ambitious Feofar-Khan. The Tartar chiefs are pouring their men into Siberia and fomenting rebellion. Should Ivan Ogareff and his allies succeed, the Siberian provinces will be wrested away from Russian control.

No man is more capable of handling such a dangerous mission than Michael Strogoff. A native of Siberia, he knows the people and their languages, the challenging terrain, and how to survive the harsh winters. His great strength and courage are also matched by a kind and generous heart. Hunger, fatigue, capture, torture-nothing except death will stop him from completing his mission.

This title is due for release on July 20, 2009
We'll send you an email as soon as it is available!