The Michigan Murders: The True Story of the Ypsilanti Ripper's Reign of Terror 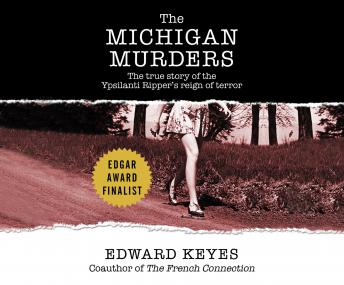 In 1967, during the time of peace, free love, and hitchhiking, nineteen-year-old Mary Terese Fleszar was last seen walking home to her apartment in Ypsilanti, Michigan. One month later, her naked body stabbed over thirty times and missing both feet and a forearm was discovered on an abandoned farm. A year later, the body of twenty-year-old Joan Schell was found, similarly violated. Over the next two years, five more bodies of female students were uncovered around the area. In the wake of these murders, southeastern Michigan was terrorized by something it had never experienced before: a serial killer. But after multiple failed investigations, a chance sighting finally led to a suspect: an all-American boy studying elementary education at Eastern Michigan University who wasn't all that he seemed.

Michigan Murders: The True Story of the Ypsilanti Ripper's Reign of Terror