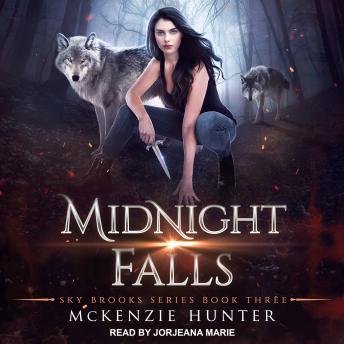 A shapeshifter who possesses magic shouldn't exist, and some people want to keep it that way.

My life will never be simple again. As a werewolf who is a host to a powerful spirit shade, I possess the ability to manipulate magic, among other things-and that means I have many enemies. In need of allies, I join the Midwest Pack.

Being part of the pack is supposed to make things better. It doesn't. After performing a powerful spell to protect Ethan, I'm punished and cursed by the Creed, the ruling body of the witches, who will do anything to get rid of me.

While seeking a way to lift my curse, the pack find themselves tasked with guarding a book of magic that everyone wants, including the Creed. In the wrong hands, it can destroy the otherworld and ignite a battle that no one can win.

Pulled into the Midwest Pack's clandestine world of strange politics, dark secrets, and hidden dangers makes me wonder if joining the pack was a bad decision. I'm enticed when a powerful and mysterious witch claims he can make it all stop: break the curse, stop the rivalries, even undo my lycanthropy.

But the witch's help comes at a price-the betrayal of my pack. Which will I choose?