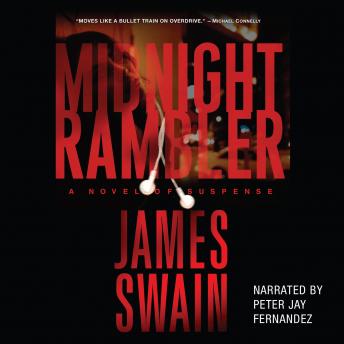 #1 of The Jack Carpenter Series

Years ago, South Florida cop Jack Carpenter beat up a murder suspect named Simon Skell, a dangerous predator with a penchant for playing the Rolling Stones' 'Midnight Rambler' as he tortured young women. When Jack lost his temper, he lost his job and his marriage, too; so as Skell's early release from prison draws near, the tarnished hero—now a specialist in cases of missing children—sees an opportunity to make things right.

Scrambling to gather more evidence, Jack uncovers a shocking criminal conspiracy: a group of four men who kidnap and kill young women on the margins of society. Teaming up with an FBI agent, Jack must outwit and outrun his enemies.

This title is due for release on September 26, 2007
We'll send you an email as soon as it is available!