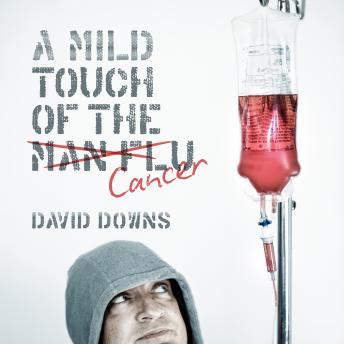 A Mild Touch of the Cancer

In 2017, David got what he thought was a mild touch of the 'flu. This book is the story of why David would make a lousy doctor.
Contrary to the book's title, David had lymphoma and it was terminal. But A Mild Touch of the Cancer isn't your standard 'how I survived' compendium. It is a hilarious tale, written while battling one of life's greatest challenges. It's a book about living with optimism and positivity, by a self-proclaimed Genetically Modified Organism.
David's book documents a year of gruelling treatment, which at one point nearly made him sell his house in order to raise the necessary $1M for trial CAR-T cell treatment in Boston, US. It was this treatment that saved his life.
It's not just a book for those living with cancer - it's for anyone that enjoys an uplifting story of survival against the odds - and a good laugh.

Mild Touch of the Cancer