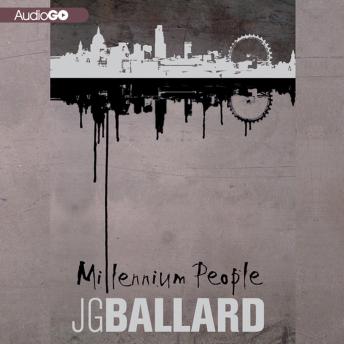 The explosive J. G. Ballard renaissance, which began with the 2009 publication of The Complete Stories of J. G. Ballard, now continues with his first novel to be published in America in a full decade.

Millennium People tells the story of David Markham, a psychologist who is searching for the truth behind a bomb that exploded on a Heathrow baggage carousel, killing his ex-wife. Infiltrating a shadowy protest group responsible for her death, David finds himself succumbing to the charismatic charms of the group's leader, who hopes to foment a violent rebellion against the government by his fanatical adherents, the spiritually and financially impoverished members of Britain's white middle class. It reveals a shockingly plausible and extremely unsettling vision of society in collapse.