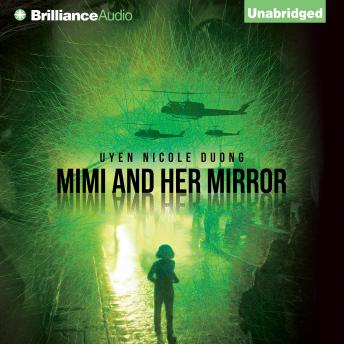 Mimi and Her Mirror

Award-Winner in the Fiction: Multicultural category of the 2012 International Book Awards
Vietnamese American attorney Mimi Sean Young turns forty and has it all: a partnership in a leading Houston law firm, a sexy younger boyfriend, Brad, also a successful attorney, and all the trappings of a woman who has made it big. When her firm becomes embroiled in what could be an international scandal around a key client and Brad begins asking questions about her past, an overwhelmed Mimi begins to sink into emotional chaos. One glance at herself in an old mirror leads her to dig into her past and courageously relive the traumas of her childhood. Thus begins the heart of Uyen Nicole Duong’s Mimi and Her Mirror, a poetic, passionate, and sometimes chilling novel about Vietnam and a girl known as Mimi Suong Giang, whose youth was destroyed by a brutal assault as she attempted to escape during the fall of Saigon. Readers share young Mimi’s hopes and dreams, her courage following the attack, and one woman’s valiant struggle to find her way into the light.

Mimi and Her Mirror