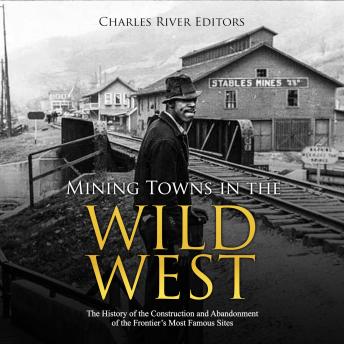 Mining Towns in the Wild West: The History of the Construction and Abandonment of the Frontier's Most Famous Sites

The westward movement of Americans in the 19th century was one of the largest and most consequential migrations in history, and as it so happened, paths across the West were being formalized and coming into use right around the time gold was discovered in the lands that became California in January 1848. Located thousands of miles away from the country's power centers on the East Coast at the time, the announcement came a month before the Mexican-American War had ended, and among the very few Americans that were near the region at the time, many of them were Army soldiers who were participating in the war and garrisoned there. San Francisco was still best known for being a Spanish military and missionary outpost during the colonial era, and only a few hundred called it home. Mexico's independence, and its possession of those lands, had come only a generation earlier.
While the California Gold Rush brought about the first major mining towns and established Los Angeles and San Francisco as major cities, other boomtowns would be built almost overnight alongside the discovery of other mineral deposits like silver. Perhaps the most famous was Tombstone, a frontier boomtown in Arizona that came to symbolize everything about the Wild West. In many ways, Tombstone fit all the stereotypes associated with that era in American history. A dusty place on the outskirts of civilization, Tombstone brought together miners, cowboys, lawmen, saloons, gambling, brothels, and everything in between, creating an environment that was always colorful and occasionally fatal. Those characteristics might not have distinguished Tombstone from other frontier outposts like Deadwood in the Dakotas, but some of the most famous legends of the West called Tombstone home for many years, most notably the Earp brothers and Doc Holliday. And ultimately, the relationships and rivalries forged by those men in Tombstone culminated in the legendary Gunfight at the O.K. Corral.

Mining Towns in the Wild West: The History of the Construction and Abandonment of the Frontier's Most Famous Sites