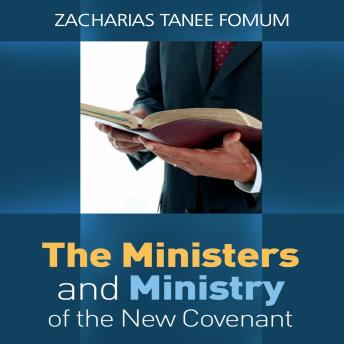 The Ministers And The Ministry of The New Covenant

The messages in this audiobook, were given to brethren from all over Cameroon in Yaoundé at a critical point in the work. There was a real increase in numbers of those who were turning away from their sins and becoming new creatures in Christ. Many young people were beginning to receive ministry gifts and to minister in the churches. There was a need for a fresh look at the ministry and the ministers as revealed in the New Covenant.

It was obvious then and remains obvious that the ministry depends on the type of ministers that are available to the Lord. There must be a radical separation from self and sin and a radical surrender to the Lord Jesus before anyone can honestly begin any ministry to the Lord and His body.

May the Lord reach out to you as you read the book, and may you be brought into fresh union with Him.

Ministers And The Ministry of The New Covenant