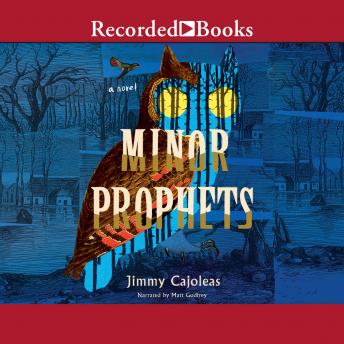 After their mother's death, two siblings must navigate the strange world of the occult in this thrilling YA mystery Lee has always seen visions: cats that his mother promises aren't really there, a homeless man who he's convinced is out to get him, and three men who give him ominous warnings in the woods. His mother and his sister Murphy try to keep him grounded in the real world. But when his mother dies in a car accident and her horrible husband tries to adopt them, Lee and Murphy flee to their grandmother's ranch, which they've only heard about in stories. But is there a reason why their mother never brought them there? And what horrid truths lurk behind Lee's haunting visions? Thrilling, twisty, and poignant, Minor Prophets will keep readers guessing until the final page.