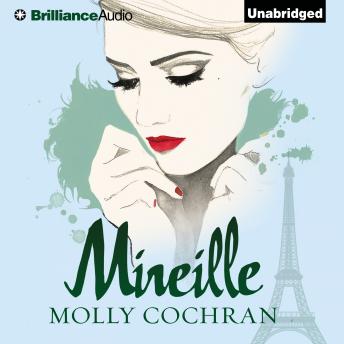 Near the end of World War II, seventeen-year-old Mireille de Jouarre flees the home of her stepfather, a Nazi collaborator and abusive drunk. She finds shelter with her childhood friend Stefan, and the two fall deeply in love. But as the fighting escalates, Mireille must escape alone to Paris, where she discovers she’s pregnant and lacking a way to provide for her child.

So begins her new life as l’Ange—the Angel. After an unlikely meeting with a wealthy aristocrat in a Parisian hotel—and her acceptance of his solicitation—Mireille becomes the most celebrated poule in all of France, eliciting huge fees and invitations to exclusive parties. At one of these events, Mireille meets Oliver Jordan, an American womanizer and film producer, and is soon launching a promising film career. As her star rises, Mireille is determined to bury her past. But her success isn’t as carefree and glittery as it seems, and when her daughter’s future is threatened, Mireille must make a deadly decision in a desperate attempt to finally choose her own path.