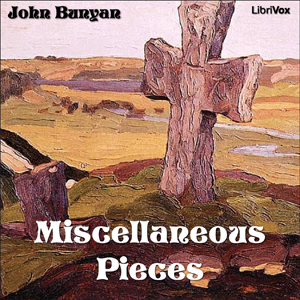 John Bunyan (November 28, 1628 - August 31, 1688), a Christian writer and preacher, was born at Harrowden (one mile south-east of Bedford), in the Parish of Elstow, England. He wrote The Pilgrim's Progress, arguably the most famous published Christian allegory. In the Church of England he is remembered with a Lesser Festival on 30 August.

Bunyan became a popular preacher as well as a prolific author, though most of his works consist of expanded sermons. In theology he was a Puritan, but there was nothing gloomy about him. The portrait his friend Robert White drew, which has often been reproduced, shows the attractiveness of his true character. (Summary from Wikipedia)