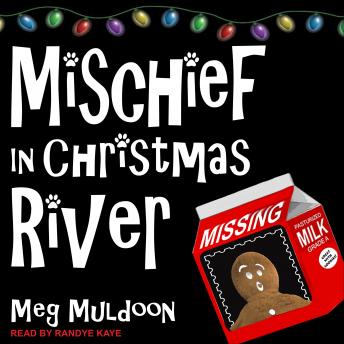 It's the most wonderful time of the year in Christmas River, and pie baker extraordinaire Cinnamon Peters has everything to look forward to this holiday season. She's celebrating her one year wedding anniversary with Sheriff Daniel Brightman, her best friend's getting hitched, and she's making a triumphant return to the annual Gingerbread Junction Competition. Things are merry and bright everywhere Cinnamon looks.

A new pie shop moves in across the street, and Cinnamon starts losing customers faster than Santa can inhale a plate of cookies. In addition, strange things are starting to happen around town. And when these mischievous occurrences hit a little too close to home, Cinnamon finds herself in the center of a mystery that appears to have no answer.

Can Cinnamon and Daniel get to the bottom of the sinister deeds? Or will Christmas go to the dogs this year?