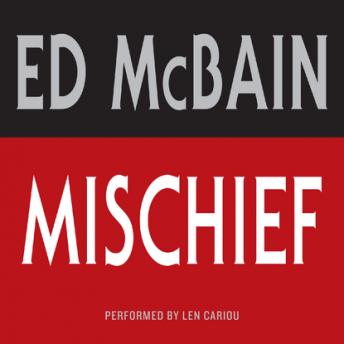 In this 87th Precinct thriller, Detective Steve Carella must track down a killer who's systematically rubbing out all the city's graffiti artists, leaving each victim mischievously splashed with paint and blood.Foul play takes another form when an old nemesis, the Dead Man, taunts Carella and the eight-seven with riddling clues for solving a crime - or crimes - not yet committed. Given what he's deduced from the prankish perpetrator, Carella strongly suspects the crime will take place during a free rock and rap concert scheduled to take place in the city's largest park. As Carella tries desperately to second guess him, the Dead Man meticulously puts together a plan to carry off a multi-million dollar coup. Soon Carella finds himself racing against time in a game of wits that could leave the city reeling under an onslaught of dirty tricks from one of the underworld's masters of criminal mischief.

This title is due for release on April 18, 2006
We'll send you an email as soon as it is available!