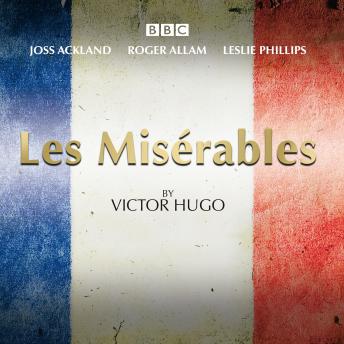 When poverty drives Jean Valjean to steal a loaf of bread from a baker’s window, it is an action that will haunt him for the rest of his life. A citizen of post-revolutionary France, he is sentenced to nineteen years’ hard labour. On his release, his fortunes change and he becomes a respectable businessman and member of society - and yet his past continues to dog him in the form of the sadistic Inspector Javert, who seems determined to pursue Valjean to the grave.

A student uprising is gaining momentum in Paris, and barricades are being built around the city. Valjean’s adopted daughter, Cosette, has fallen in love with the young revolutionary Marius, and the lives of all three are in peril unless they can flee to safety.

Some of the most significant moments in 19th Century history form the backdrop for Victor Hugo’s powerful story, in which love and heroism march in the face of poverty and social injustice.