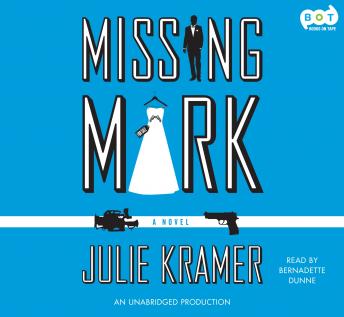 In this page-turning sequel to Stalking Susan, TV reporter Riley Spartz pursues a curious story of a bride left at the altar and finds herself caught in a dangerous missing-person case.

When Riley Spartz sees a want ad reading “Wedding Dress for Sale: Never Worn,” her news instincts tell her that the backstory might make an intriguing television sweeps piece.

The groom, Mark, last seen at the rehearsal dinner, never showed up for the wedding, humiliating his bride, Madeline—and her high-strung, high-society mother—in front of 300 guests. His own mother, eager to spare him further embarrassment, waited weeks before filing a missing-person report and then learned how difficult it is to get police, or the media, interested in missing men.

Now Riley is up against a boss who thinks that finding a famed missing fish will net the station higher ratings, a meth cartel trying to assassinate a K-9 dog because of his powerful nose for drugs, and a neighbor who holds perpetual garage sales that attract traffic at odd hours.

When her missing-person case leads to a murder investigation, Riley discovers a startling motive for Mark's disappearance—and a TV exclusive guaranteed to win the ratings . . . if she lives to report it.