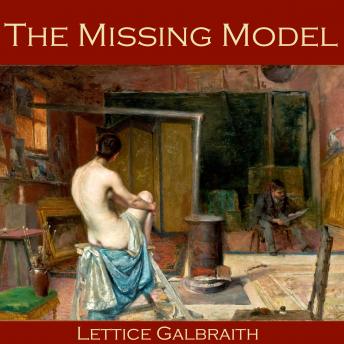 Lettice Galbraith is as mysterious as the stories she wrote. She appeared on the literary scene in 1893 with a rash of short stories and one novel, published another story four years later, and then disappeared without trace. Yet despite the brevity of her presence on the literary stage, her supernatural stories have remained popular to this day.

"The Missing Model" is a strange tale - a cross between a ghost story and a crime mystery. Maine, an up-and-coming artist, finds himself suddenly in need of a new model. When the perfect model mysteriously turns up at his door, he assumes she was sent by his friend, Faucit. But the model turns out to be much more mysterious than Maine could imagine...and when she disappears, he and Faucit set out to find her.