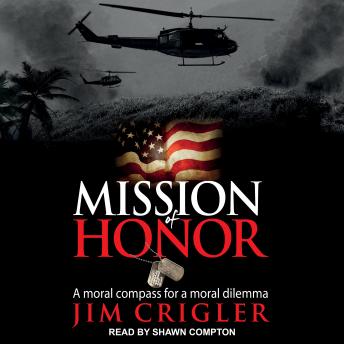 Mission of Honor: A Moral Compass For a Moral Dilemma

Most of us never get to test ourselves in combat.

As a UH-1 Helicopter pilot flying in the jungle highlands of South Vietnam, Warrant Officer Jim Crigler and the men he flew with were tested daily. Coming of age in the late 1960s and early 1970s was challenging for most young men of that era. Throw in drugs, free love, draft notices, the Vietnam War and a country deeply divided, and you have one of the most important books of this genre.

This true story is a raw, bold, introspective autobiography where the author openly wrestles with his personal moral dilemma to find meaning and purpose in his life. He calls it his 'Mission of Honor.'

Mission of Honor: A Moral Compass For a Moral Dilemma