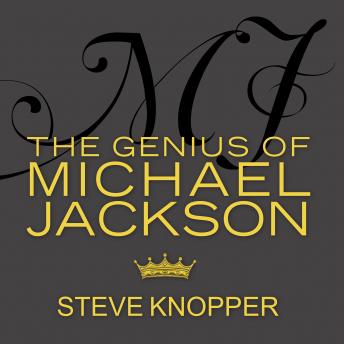 MJ: The Genius of Michael Jackson

From the moment in 1965 when he first stepped on stage with his brothers at a local talent show in Gary, Indiana, Michael Jackson was destined to become the undisputed King of Pop. In a career spanning four decades, he became a global icon, selling over 400 million albums, earning thirteen Grammy Awards, and spinning dance moves that captivated the world.

Rolling Stone contributing editor Steve Knopper delves deeply into Michael Jackson's music and talent. From the artist's early days with the Jackson 5, to his stratospheric success as a solo artist, to 'Beat It' and 'Thriller,' 'Bad' and 'The Man in the Mirror,' to his volatile final years, his attempted comeback, and untimely death, Knopper explores the beguiling and often contradictory forces that fueled Michael Jackson's genius. Drawing on an amazing 400 interviews, this critical biography puts all the elements of his career into perspective and celebrates his triumph in art and music.

MJ: The Genius of Michael Jackson