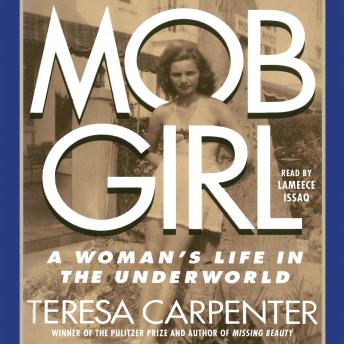 Mob Girl: A Woman's Life in the Underworld

From Pulitzer Prize winner Teresa Carpenter comes the captivating true-crime story of a Mafia moll—“the female counterpart of the pseudonymous Henry Hill, the star of Wiseguy….An insider’s view of mob life that is by turns comic and chilling” (Los Angeles Times).

Arlyne Weiss grew up on the Lower East Side of Manhattan, the daughter of a Jewish mobster who ran an auto sales business as a front. From a young age she idolized Virginia Hill, the girlfriend of gangster Bugsy Siegel, and aspired to what she saw as a glamorous and exciting life. After a brief marriage to a furrier named Norman Brickman, she achieved her goal and then some, inserting herself into the lives of dozens of wiseguys—Italian mobsters were her preference—and becoming addicted to the rush of danger and lawlessness. But after years of violence, a brutal gang rape, and finally, threats against her daughter, she turned the tables on those who betrayed her and became a government informant, wearing a wire and ultimately becoming a major witness in the government’s successful case against the Colombo crime family.