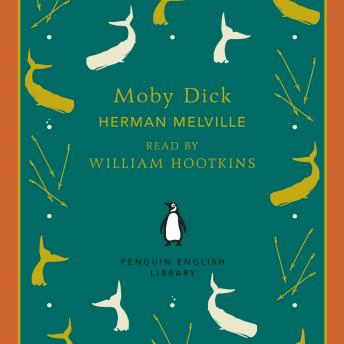 Penguin Classics presents Herman Melville's Moby-Dick, adapted for audio and available as a digital download as part of the Penguin English Library series. Read by the actor William Hootkins.

'The frail gunwales bent in, collapsed, and snapped, as both jaws, like an enormous shears, sliding further aft, bit the craft completely in twain...'

Moby-Dick is one of the most expansive feats of imagination in the whole of literature: the mad, raging, Shakespearean tale of Captain Ahab's insane quest to kill a giant white whale that has taken his leg, and upon which he has sworn vengeance, at any cost. A creation unlike any other, this is an epic story of fatal monomania and the deepest dreams and obsessions of mankind.