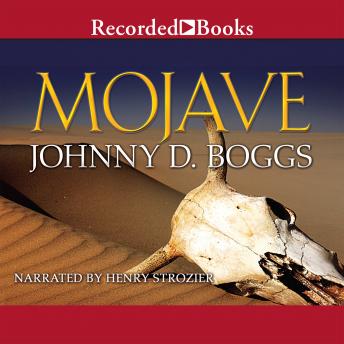 'Boggs is among the best western writers at work today.' --Booklist 'Boggs is unparalleled in evoking the gritty reality of the Old West.' --The Shootist 'Til Death Do Us Part Stranded in the Mojave Desert, Micah Bishop is about to cash in his chips for good when he's rescued by an unlikely savior. Whip Watson is hand-delivering two dozen brides to the silver boom town of Calico, where miners are going loco for companionship. Better still, Watson asks Micah if he'd help escort the wagons--and far be it for Micah to pass up both cash and some very pretty faces. But Micah doesn't know that Whip Watson has some killer competition. Candy Crutchfield is racing to get to Calico first with her own maids-in-waiting. Neither Watson or Crutchfield are going to back down. Both are willing to kill to beat the competition. Now, Micah is going to find out just how far he'll go for a buck. Because these 'wives' aren't what they seem. And they're all about to be delivered straight into a living hell. . . 'Johnny Boggs has produced another instant page-turner...don't put down the book until you finish it.'--Tony Hillerman on Killstraight 'Johnny D. Boggs tells a crisply powerful story that rings true more than two centuries after the bloody business was done.'--The Charleston (S.C.) Post and Courier on The Despoilers Raves For The Westerns Of Johnny D. Boggs 'Another dramatic story by a finalist for the Spur award of Western Writers of America.' --Amarillo Globe-News (on Once They Wore the Gray) 'An entertaining western in the classic mold. The characters possess enough human frailty to be believable, the author includes interesting stuff on the weaponry of the times, and there is enough gunplay to satisfy genre purists.' --Booklist on Ten and Me 'Boggs has once more written a humdinger of a book with wonderful characters, even the villains. The Despoilers tears at one's heart, which is what really good fiction should do.' --Roundup on The Despoilers 'Boggs' unique approach to the Lincoln County War's legal skirmishing is both eye-opening and memorable.' --True West on Law of the Land 'A finely crafted historical novel with fully developed characters playing out their lives against the backdrop of early Texas settlement.' --American Cowboy on Spark on the Prairie 'Boggs delivers a colorful, clever and arresting tale.' --Santa Fe New Mexican on Camp Ford

This title is due for release on December 26, 2014
We'll send you an email as soon as it is available!