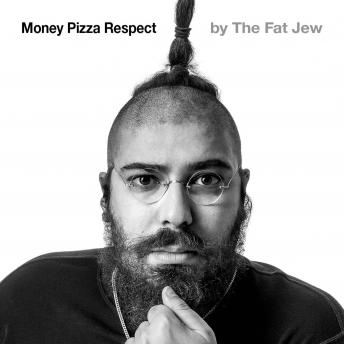 Written By: The Fat Jew

Narrated By: The Fat Jew

From the creator of the hugely popular @thefatjewish Instagram comes an outlandish collection of hilarious personal essays and images, which might be the most ridiculous book in the history of arts and letters.

If Steven Seagal and Barbara Streisand had drunken sex and conceived a baby boy, he would have show business chops and be proficient in martial arts. That boy would become Josh Ostrovsky, often known as 'The Fat Jew.'

Born and bred in New York City, Ostrovsky's overbearing mother entered him into 'the biz' as an 8-year old with exquisite cheekbones and the singing voice of an angel. He appeared in a plethora of television commercials, and after his child-acting career fizzled, Ostrovsky took 20 years away from the limelight to focus on finding himself, eventually opening a yoga center in Toronto, and receiving his MFA in pottery at Middlebury College. JK, he mostly just did drugs.

But in 2009, when social media became a thing, he triumphantly returned to a life in the spotlight. He exfoliates daily, plays the harp, bakes his own croutons for every salad he eats, once saved a baby deer with a broken leg who had fallen into a stream, and speaks fluent Portuguese. With an army of followers on social media that often border on fanatical and creepy, he is a 'rising' 'star' whose backup plan is to marry Suri Cruise when she's of legal consenting age.

Channeling the brilliance of his online presence, Money Pizza Respect rolls out one ludicrous story after another-from puking on his grandfather after a debaucherous drunken night to saving his deaf neighbor from a burning building, to hiring prostitutes for the sole purpose of reenacting scenes from Mel Gibson's Braveheart. In this, the next milestone of his glorious life, Ostrovsky will attempt to reinvigorate the dying medium of print.

by The Fat Jew