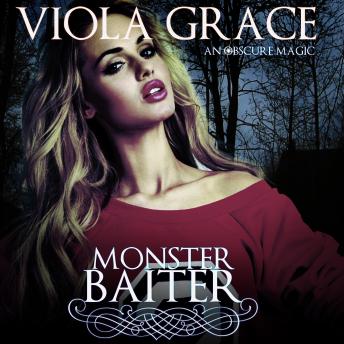 A family curse turned occupation, a merman in her tub and a mage in her phone. Soph’s life just gets weirder.

Being raised as the Cursed One does things to a person. It changes your relationships and makes you a very paranoid young woman. This is how Sophy ends up in her fourth decade, looking eighteen and having no love life.

The Mage Guild provides her with a liaison so that she can stop calling to rummage through their archives, and the voice in the machines around her becomes an admirable partner, such as he is.

He files a request with her to assist him in his own personal journey, and it takes her into the Guild Hall to face a mage who wants her as a trophy. She isn’t impressed, but gets what she needs and gets out of there.

A cursed object that calls to her is part of her plans for the next few days, but the arrival of the body that belongs to the voice throws things into chaos.

Magnus has spent years in amber, waiting to be released by a request from a woman he hasn’t slept with. He was born a warrior centuries earlier and is a legendary mage in his own right. He has one major concern, and it involves figuring out the strange pull and repulsion he feels when the Cursed One is around.

Demons, mages, old scores, and cursed objects swirl around the DeMonstre family, and Sophia is first and foremost the Monster Baiter.