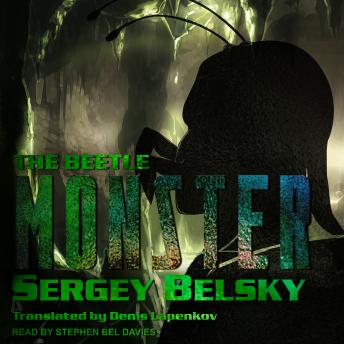 #1 of LitRPG Series: The Beetle

The main character is a Virtual Game developer, who forces his way into the game. His character is a beetle who has lost his memory and doesn't consider himself a monster.

He begins to upgrade his skills and get different achievements. He's trying to get to the truth as he pieces together shards of his memories, which he can't completely trust. As his intelligence grows, his memories are coming back.

The realm he falls into is an underground world, which consists of ten levels, with different caves, tunnels, and monsters.

The dungeons are full of hostile beetles of different types, forms, and sizes. There are a clear hierarchy and division between them. At the same time, two endless wars are going on: one between monsters' clans, and the other between monsters and humans.