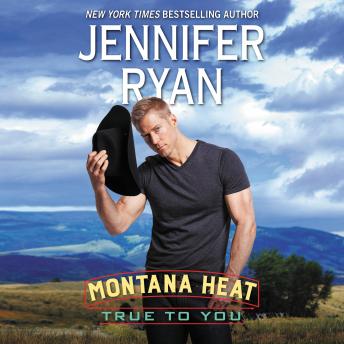 Montana Heat: True to You

A Montana Man risks everything for the woman he loves . . .

Undercover DEA Special Agent Dawson King spent five months in a Montana prison establishing a fake identity to take down a ruthless drug dealer and put him behind bars. Except there’s a wild card . . . the killer’s beloved daughter. Cara Potter may appear to be on the right side of the law, but King has learned the hard way to trust no one—even someone as tantalizing as the coffee shop owner. She’s irresistible . . . but is she also dangerous?

From the moment he enters her life, King makes Cara . . . nervous. The handsome drifter says he wants to get his life together . . . but there is something about him that doesn’t quite ring true. Cara wants to believe in him, yet she holds back despite the way he awakens dormant dreams and leaves her breathless with his sexy smile, steamy kisses, his every touch.

When the explosive truth comes out and she’s betrayed by the ones she loves, Cara must decide—can she trust her heart, or should she listen to her head?

Montana Heat: True to You