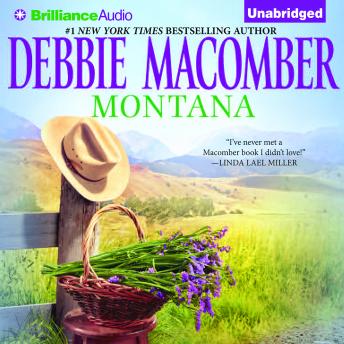 Her grandfather wants her to come home, and Molly thinks she just might. His ranch will be a good place for her sons to grow up, a place to escape big-city influences. Then she learns - from a stranger named Sam Dakota - that her grandfather is ill. Possibly dying. Molly packs up the kids without a second thought and makes the long drive to Sweetgrass, Montana. Once she arrives, she immediately has questions about Sam Dakota. Why is he working on her grandfather's ranch? Why doesn't the sheriff trust him? Just who is he? But despite everything, Molly can't deny her attraction to Sam - until her ailing grandfather tries to push them into marriage. Moving to the state of Montana is one thing; entering the state of matrimony is another! Some borders aren't so easy to cross.... "Well-developed emotions and appealing characters... Macomber is a skilled storyteller who turns [Montana] into an engaging...love story." - Publishers Weekly