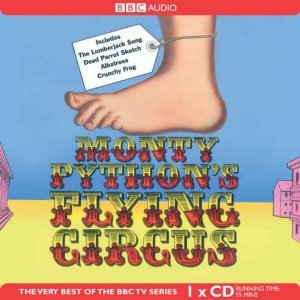 Graham Chapman, John Cleese, Eric Idle, Michael Palin, Terry Gilliam and Terry Jones star in this innovative and groundbreaking series which includes 19 of their best sketches. From the memorable 'Nudge Nudge Wink Wink' to the celebrated 'Dead Parrot Sketch', there’s also the hairdresser with a fear of hair who really wanted to be a lumberjack in 'Barber Shop Sketch' and the 'Lumberjack Song'. Also featuring among many timeless classics are leading figures from the Third Reich, who fetch up in a B&B in the West Country, and the famous composer who only has one shed but did once think of getting a second... Vintage Beeb: classic albums first available as BBC LPs, now reissued on CD and as downloads.