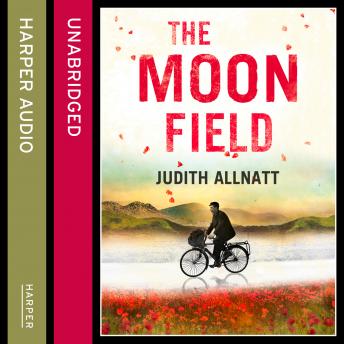 A poignant story of love and redemption, The Moon Field explores the loss of innocence through a war that destroys everything except the bonds of human hearts.

No man's land is a place in the heart: pitted, cratered and empty as the moon...

Hidden in a soldier's tin box are a painting, a pocket watch, and a dance card - keepsakes of three lives.

It is 1914. George Farrell cycles through the tranquil Cumberland fells to deliver a letter, unaware that it will change his life. George has fallen for the rich and beautiful daughter at the Manor House, Miss Violet, but when she lets slip the contents of the letter George is heartbroken to find that she is already promised to another man. George escapes his heartbreak by joining the patriotic rush to war, but his past is not so easily avoided. His rite of passage into adulthood leaves him believing that no woman will be able to love the man he has become.

A poignant story of love and redemption, The Moon Field explores the loss of innocence in a war that destroys everything except the bonds of the human heart.