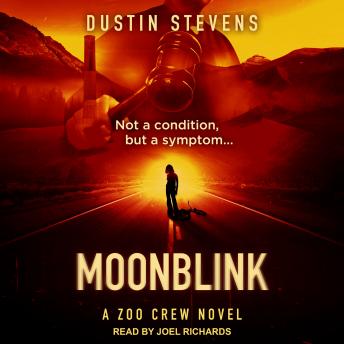 Things are beginning to evolve for the Zoo Crew. Drake Bell has passed the bar exam, accepted a new position, and begun a new phase of his legal career. His first case to walk through the door is in defense of a young woman that was the driver in an accident that left a young cyclist in the hospital. She accepts her guilt, but something about her story strikes a chord with Drake, causing him to dig a little deeper.

What starts as an attempt to shield the young woman from the misguided crusade of a prosecutor serving ulterior motives soon begins to shift, taking things in a direction that Drake never could have anticipated. Within days he finds himself on a quest that is part medical mystery and part history lesson, trying in earnest to understand the condition afflicting his patient and what it means for the situation she now finds herself in.

Again armed with the myriad skills of the Crew, he begins to uncover a trail that stretches back more than 100 years, involving some of the oldest wealth and industry in the state, and those that would do anything to continue protecting it.