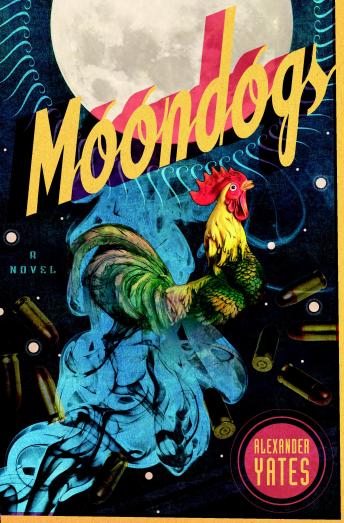 A singularly effervescent novel pivoting around the disappearance of an American businessman in the Philippines and the long-suffering son, jilted lover, slick police commissioner, misguided villain, and supernatural saviors who all want a piece of him.

Mourning the recent loss of his mother, twentysome­thing Benicio—aka Benny—travels to Manila to reconnect with his estranged father, Howard. But when he arrives his father is nowhere to be found—leaving an irri­tated son to conclude that Howard has let him down for the umpteenth time. However, his father has actually been kid­napped by a meth-addled cabdriver, with grand plans to sell him to local terrorists as bait in the country’s never-ending power struggle between insurgents, separatists, and “demo­cratic” muscle.

Benicio’s search for Howard reveals more about his father’s womanizing ways and suspicious business deals, reopening the old hurts that he’d hoped to mend. Interspersed with the son’s inquiry and the father’s calamitous life in captivity are the high-octane interconnecting narratives of Reynato Ocampo, the local celebrity-hero policeman charged with rescuing Howard; Ocampo’s ragtag team of wizardry-infused soldiers; and Monique, a novice officer at the American embassy whose family still feels feverishly unmoored in the Philippines.

With blistering forward momentum, crackling dialogue, wonderfully bizarre turns, and glimpses into both Filipino and expat culture, the novel marches toward a stunning cli­max, which ultimately challenges our conventional ideas of family and identity and introduces Yates as a powerful new voice in contemporary literature.