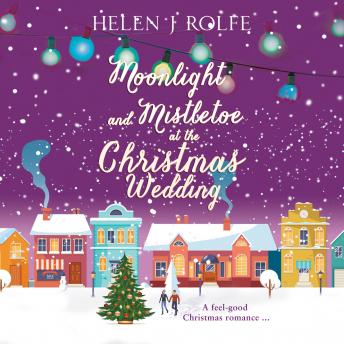 Moonlight and Mistletoe at the Christmas Wedding

It's Thanksgiving, and friends are gathered at the Inglenook Inn in New York City to celebrate together. Cleo and Dylan finally have all their preparations in place for a perfect Christmas Eve wedding, but will it go according to plan?Kaisha is not only Cleo's employee but a good friend too, and she'd do anything for the woman she sees as more of a sister than her own. She would never hurt Cleo or let anyone else ruin things for her friend, so she has put her own long-term dreams on hold and, for now, is determined to see to it that Cleo's wedding to Dylan goes without a hitch.Finn hasn't been in touch with Dylan for years, but he couldn't ignore the request to be his best man, so he's back in Manhattan. But so are his parents, and there's enough animosity, anger, and underlying grief to power the entire city. The only family member Finn respects is his grandad, and he'd do anything for him, even if it means spending time with his parents.Kaisha's first impressions of Finn are that he's brash, unreliable, and someone to avoid, but when he gets a job at the Inglenook Falls Christmas tree farm and they become roommates, will he surpass her expectations? Or will he let everybody down at the last minute and prove Kaisha right?Finally Cleo and Dylan are on their way to a long-awaited Happy Ever After. But when wedding plans fall apart, they might just end up getting a day they'll never forget.

Moonlight and Mistletoe at the Christmas Wedding