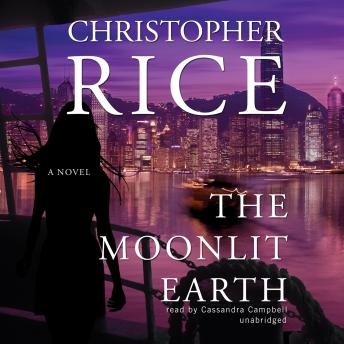 After Megan Reynolds loses her job as head of a San Francisco nonprofit, she returns to the support of her family in her affluent hometown of Cathedral Beach. Meanwhile, in Hong Kong, a fireball rips through the lobby of a luxury hotel, an apparent terrorist bombing. Security cameras capture the attack, and soon television news footage shows two men escaping, one Middle Eastern and one American. Megan and her mother recognize the American as Megan's brother, Cameron, who may have become enmeshed with a mysterious family of wealthy Saudis. When Megan decides to investigate, she uncovers a trail of secrets and intrigue that snakes from the decadent beaches of southern Thailand to the glass skyscrapers of Hong Kong, and along the way she uncovers some shocking truths in her family's past.View video clip of Christopher Rice discussing characters and setting of The Moonlit Earth.