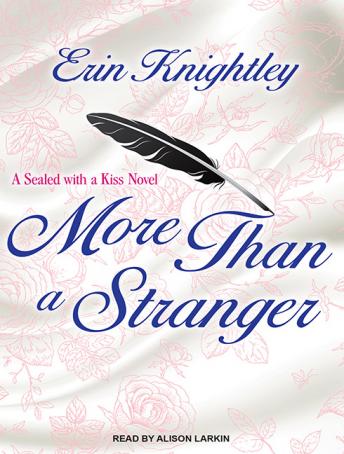 #1 of Sealed with a Kiss

When his family abandoned him at Eton, Benedict Hastings found an unexpected ally in his best friend's sister. Her letters kept him going-until the day he had to leave everything behind. Years later, Benedict has seen his share of betrayal, but when treachery hits close to home, he turns to his old friend for safe haven.

After five torturous years on the marriage circuit, Lady Evelyn Moore is finally free to live her life as she wishes. So when her brother shows up with a dashing stranger, she finds herself torn between her dreams . . . and newfound desires.

Despite his determination to keep Evie at a distance, Benedict cannot deny the attraction that began with a secret correspondence. Yet as they begin to discover one another, the dangers of Benedict's world find them, threatening their lives, their love, and everything they thought they could never have.