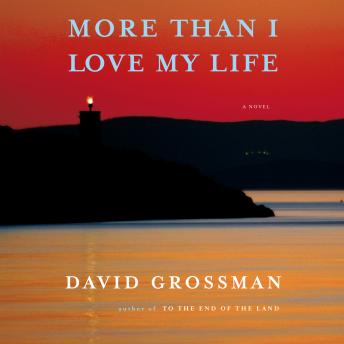 More Than I Love My Life: A novel

INTERNATIONAL BOOKER PRIZE NOMINEE • A remarkable novel of suffering, love, and healing—the story of three generations of women on an unlikely journey to a Croatian island and a secret that needs to be told—from the internationally best-selling author of To the End of the Land

“A magnificent book ... The way Grossman writes about these regions is unique, with a deep understanding of our experience.” —Josip Mlakić, Express (Croatia)

More Than I Love My Life is the story of three strong women: Vera, age ninety; her daughter, Nina; and her granddaughter, Gili, who at thirty-nine is a filmmaker and a wary consumer of affection. A bitter secret divides each mother and daughter pair, though Gili—abandoned by Nina when she was just three—has always been close to her grandmother.

With Gili making the arrangements, they travel together to Goli Otok, a barren island off the coast of Croatia, where Vera was imprisoned and tortured for three years as a young wife after she refused to betray her husband and denounce him as an enemy of the people. This unlikely journey—filtered through the lens of Gili’s camera, as she seeks to make a film that might help explain her life—lays bare the intertwining of fear, love, and mercy, and the complex overlapping demands of romantic and parental passion.

More Than I Love My Life was inspired by the true story of one of David Grossman’s longtime confidantes, a woman who, in the early 1950s, was held on the notorious Goli Otok (“the Adriatic Alcatraz”). With flashbacks to the stalwart Vera protecting what was most precious on the wretched rock where she was held, and Grossman’s fearless examination of the human heart, this swift novel is a thrilling addition to the oeuvre of one of our greatest living novelists, whose revered moral voice continues to resonate around the world.

I LOVED this book at first… but when it got to the climax it fell apart for me. I found the underlying secret that gets revealed to be both underwhelming and not so believable. I loved the characters. The plot fell flat for me in the end. And too much time was spent on small details that slowed down the pace. The narrator did a great job distinguishing between characters, but her Israeli accent was pretty off. As two of the main characters are Israeli… and she chose to give them accents… this was a pretty big miss.