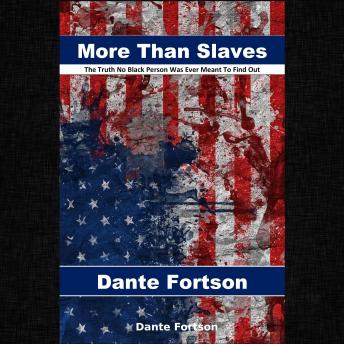 More Than Slaves: The Truth No Black Person Was Ever Meant To Find Out

Was slavery just a random grabbing of black people from Africa or were certain people targeted for slavery by Europeans?


There is a lot that we're not being told about slavery, and for some strange reason European pastors refuse to address the verses about slavery in scripture. We often hear that Hebrews migrated into the rest of the world and became all nations, but that's simply not true.


+ The Bible says that Hebrews would be taken across the Atlantic Ocean in slave ships.

+ The Bible says that Hebrews would be enslaved for 400 years, beat, raped, and murdered by Europeans.

+ The Bible says that in the last days the Hebrews would remember who they were in the land of their captivity.

+ The Bible says that there are people PRETENDING to be Hebrews and it's blasphemy.

+ The Bible says that the Gentiles will admit that they've inherited lies from their ancestors.Are you on the side of truth or the side of blasphemy?


Read this study and find out the truth that has been hidden from our people since our ancestors first stepped foot in this country. The truth shall set us free.

More Than Slaves: The Truth No Black Person Was Ever Meant To Find Out