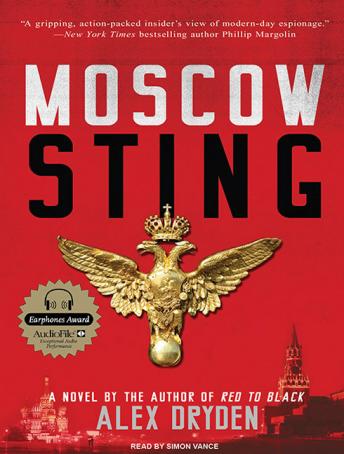 When Finn, a former British spy, is poisoned by a Russian assassin, his ex-boss Adrian, chief of MI6, wants vengeance. He also wants answers-information that only Finn's widow, Anna, knows. But the former KGB colonel who betrayed her country for love vanished with their child shortly after Finn's death.

Adrian isn't the only one eager to find Anna. Finn accessed intelligence so sensitive that the KGB are willing to kill again to protect it-a chase that has piqued the interest of the major intelligence agencies, be they government-sponsored or private, around the world. Though Medvedev has assumed the presidency, everyone knows that Putin continues to pull all the strings. Just what is Russia concealing beneath its immense new oil wealth and veil of political cordiality?

Anna holds the key to unlocking the secrets of her motherland. Taken to America for protection and information, the former Russian agent faces her greatest test: to ensure her freedom and protect her child, she must uncover the full truth before anyone else-even as friend and foe both set her in their sights.

Moving from Paris to New York, the Kremlin to the American Southwest, Moscow Sting is an absorbing and timely tale of intrigue, betrayal, fatal lies, and complex truths, told with the authentic detail and chilling insight of an experienced insider.