The Most Beautiful: My Life with Prince 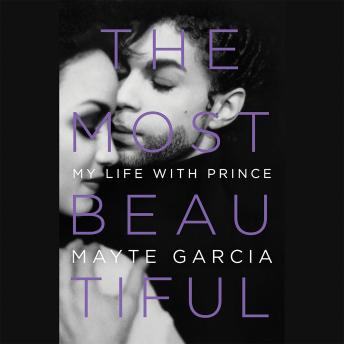 At the one-year anniversary of his death, legendary musician Prince's first wife shares a uniquely intimate, candid, and revelatory look inside the personal and professional life of one of the world's most beloved icons.

In The Most Beautiful, a title inspired by the hit song Prince wrote about their legendary love story, Mayte Garcia for the first time shares the deeply personal story of their relationship and offers a singular perspective on the music icon and their world together: from their unconventional meeting backstage at a concert (and the long-distance romance that followed), to their fairy-tale wedding (and their groundbreaking artistic partnership), to the devastating losses that ultimately dissolved their romantic relationship for good. Throughout it all, they shared a bond more intimate than any other in Prince's life. No one else can tell this story or can provide a deeper, more nuanced portrait of Prince -- both the famously private man and the pioneering, beloved artist -- than Mayte, his partner during some of the most pivotal personal and professional years of his career. The Most Beautiful is a book that will be returned to for decades, as Prince's music lives on with generations to come.

Most Beautiful: My Life with Prince