Mother Tongue: A Saga of Three Generations of Balkan Women 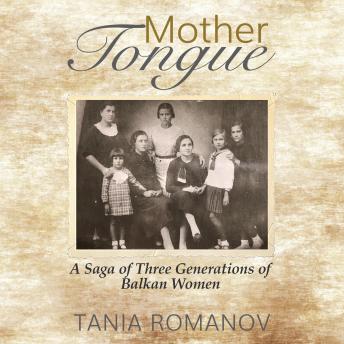 What is your mother tongue? Sometimes the simplest questions take a book to answer. Such is the case with Tania Romanov's story of exile, emigration and immigration and how native language can be a powerful touchstone for the sense of home. The unrelenting consequences of 100 years of Balkan wars force three generations of Croatian women"Katarina, Zora, and Tania"to flee their homelands multiple times. Family including Russian emigrants are driven out from Yugoslavia as refugees to live in a refugee camp in Italy, speaking Russian and the Serbo-Croatian language. Eventually, Tania, a successfully integrated American immigrant from Eastern Europe, journeys back to her fractured homeland with her mother to unravel the secrets of their shared past. Mother Tongue is an exploration of lives lived in the chaos of the Balkans. It follows countries such as Yugoslavia and Serbia, that dissolved, formed, and reformed. Lands that were conquered and subjugated by Fascists and Nazis and nationalists. Lives lived in exile, in refugee camps, in new worlds.

Mother Tongue: A Saga of Three Generations of Balkan Women

This title is due for release on February 21, 2018
We'll send you an email as soon as it is available!