Mothers of Sparta: A Memoir in Pieces 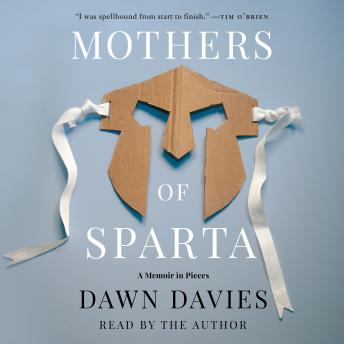 This program is read by the author

If you're looking for a parenting audiobook, this is not it. This is not a treatise on how to be a mother.

This is an audiobook about a young girl who moves to a new town every couple of years; a misfit teenager who finds solace in a local music scene; an adrift twenty-something who drops out of college to pursue her dream of making cheesecake on a stick a successful business franchise (ah, the ideals of youth). Alone in a new city, she summons her inner strength as she holds the hand of a dying stranger.

Dawn Davies is a woman who finds humor in difficult pregnancies and post-partum depression (after listening to "Pie" you might never eat Thanksgiving dessert the same way). She is a divorcee who unexpectedly finds second love. She is a happily married suburban wife who nevertheless makes a mental list of all the men she would have slept with. And she is a parent who finds herself tested in ways she could never imagine. In stories that cut to the quick, Davies explores passion, loss, illness, pain, and joy, told from her singular, gimlet-eyed, hilarious perspective.

Mothers of Sparta is not a blow-by-blow of Davies' life but rather an examination of the exquisite and often painful moments of a life, the moments we look back on and say, That one, that one mattered. Straddling the fence between humor and, well...not humor, Davies delivers an audiobook about what it's like to try to carve a place for oneself in the world, no matter how unyielding the rock can be.

Praise for Mothers of Sparta:

'A collection of quirky, funny, sad, and moving short personal essays that compress the author's life into the snippets and moments that shaped who she is today....Forthright, entertaining essays that portray all the love, struggle, and anguish of being a woman and a mother.' - Kirkus

'Davies' collection of essays soars...It's a memoir that locates the profound within the ordinary.' - Entertainment Weekly

Mothers of Sparta: A Memoir in Pieces