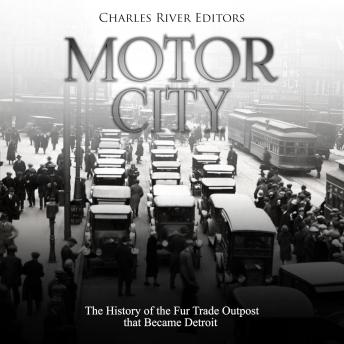 Motor City: The History of the Fur Trade Outpost that Became Detroit

Few cities epitomize the best and worst of the United States like Detroit, which started as a remote trading post and grew into an industrious town before exploding into a bustling city. That city then fell, leaving a legacy of anger and despair only recently beginning to turn things around.
At the same time, the same mighty city that proved capable of arming a nation at war found itself seething with social conflict. The massive labor force fought hard for their rights, as did the African-Americans fleeing Jim Crow in the South. Through conflict, compromise, and industry, Detroit, but like many others across the nation, the city failed to prepare for a post-industrial age, and the once prosperous city descended into disrepair and disuse. From that despair came anger, then resolution. Detroit would rebuild, and though those efforts were in many ways successful, the city is still reaching for its former glory.
Motor City: The History of the Fur Trade Outpost that Became Detroit looks at the history of one of the Midwest's biggest cities. Along with pictures of important people, places, and events, you will learn about Detroit like never before.

Motor City: The History of the Fur Trade Outpost that Became Detroit