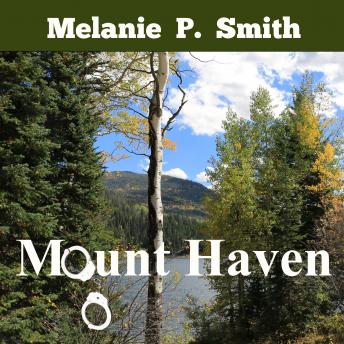 When Evil finds her, will the hunters become the prey?

Rowdy Cooper is a cop born into a family of cops; and he loves the family business. Then one night, everything changes. After being shot in the line of duty, he is forced to retire. Depressed and a little lost, he moves to a sleepy little Montana town called Mount Haven. But, will the move prove therapeutic or lethal?

Bailey's on the run. She landed in Mount Haven and fell in love with the peaceful little town instantly. She keeps to herself and reveals nothing. But, her sharp mind and secretive nature has attracted the attention of the Cooper brothers. One is her new boss, the other the town sheriff. Both are too perceptive.

As Rowdy struggles to rebuild his life, Bailey wrestles to keep her secrets hidden. But, powerful and dangerous men are on the hunt... and Bailey is the prey. Suddenly, two sadistic conspirators emerge from the shadows united by one clear goal; reclaim the woman that slipped from their grasp - and this time, there is nowhere safe to hide.

This title is due for release on March 24, 2018
We'll send you an email as soon as it is available!